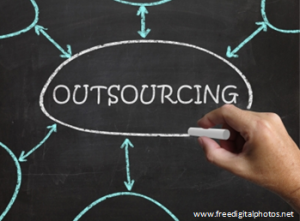 With an estimated population of 21.33 million citizens, Romania is full of potential. By potential, we mean the opportunity to get to the bottom of all of your IT recruitment issues. What better way than understanding some of the key facts of the Romanian IT industry you are trying to recruit the best of the best?

Romania offers the three things your business needs when outsourcing IT services: 1) well-educated population, 2) proficiency and 3) affordability. The A.T. Kearney “Global Services Location Index noted that Romania increased to 19th on the list of the best countries for IT outsourcing.  Foreign interest for Romanian IT services is confirmed by international rating agencies and reports „that confer a good position to the Central Eastern European country.”

Well-Educated IT Experts
The country offers over 95,000 IT&C specialists at the national level, many of whom have graduated from well-renowned polytechnic universities, which have continually been ranked in the Top 3 for the IEEE Design Competition every year for over a decade, 59 domain-specific universities, or 174 private institutions, according to „Romania IT Talent Map (2014)” study conducted by Brainspotting.
Of the more than 95,000 specialists available, 47% specialize in software development, including PHP, NET C#, Java, C/C++, and mobile applications. In addition, the country also has many quality assurance testers, project managers, business analysts, consultants, and systems architects, the study indicates.

Proficiency
An estimated 92% of Romanian IT experts speak English, while 24% speak French, 7% Spanish, 5% Italian, and 4% Hungarian, Brainspotting study reports. The culmination of languages spoken in Romania makes it the second most multilingual country in Europe, making it easier for foreign companies to easily communicate with companies abroad.  As Romania continues to develop, it offers professional IT staffing solutions for those who want to outsource redundant, non-money-producing sectors of their businesses.
Finally, Romania is also in a time zone that makes it an ideal location for foreign communication with companies located in US, Canada, Asia, European countries etc.

Affordability
Romania is widely known as a country that offers lower costs for technology services than countries in Western Europe, while being part of the European Union makes it more competitive to other Eastern-European countries. However, the lower costs do not correlate with less-quality workmanship, this being just a fraction of the decision to bring IT offshoring projects to Romania, as the „Romania Software Outsourcing Index 2013” report by ANIS indicates.

Romania is a great choice to look for your IT staffing solutions. Whether you need to fill programmer jobs or web developer jobs, the culture allows for a wide-range of personalities and manners. The many citizens of Romania are not only educated, talkative, friendly, but hard-working as well. These are the perfect people you want to have occupy the position you need to fill.